After two washouts before Easter, we were finally able to host the year 5/6 girls football competition at Ivanhoe Football Club on Tuesday 16th March.

13 teams from across the partnership came together for an evening of tough competition, all played with smiling faces and a great attitude.

Pool 1 was extremely competitive with 6 out of the 7 teams winning at least 2 matches. Whitwick St John recorded 5 wins and a draw to top the group with 17 points but were closely followed by Broom Leys (2nd), Hugglescote (3rd) and Ashby Willesley A (4th) who all finished on 13 points with only a goal difference of 2 goals between the 3 of them! All Saints finished in 5th place with Donisthorpe B in 6th – both teams were unfortunate to come up against such good teams in the competition but performed well throughout.

In Pool 2, Griffydam had a 100% record to finish top of the 6-team group with 15 points. Woodcote were the runners-up with 12 points, just ahead of Donisthorpe A on 11. In 4th place was Ashby Hill Top who finished ahead of Thringstone and Ashby Willesley B.

Whitwick continued their unbeaten run in the semi-final as they ran out 3-0 winners over Woodcote in the first semi-final. The second semi-final was much closer and needed extra-time to separate Griffydam and Broom Leys. With only 2 minutes left of extra time remaining, Broom Leys scored the only goal of the tie to book their place to the final. 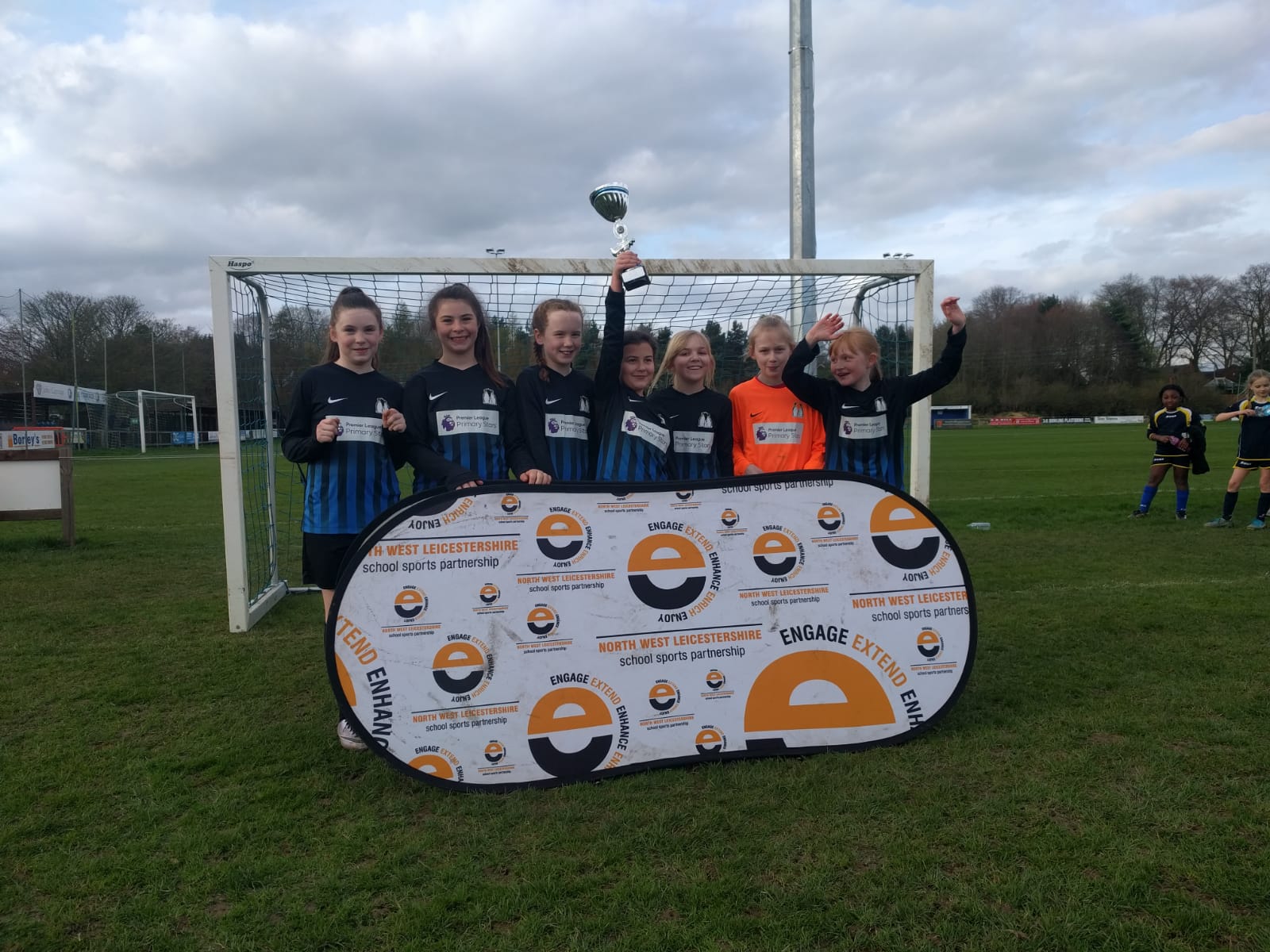 The final was another close match as Whitwick St John met Broom Leys for the second time in the day. The match was a repeat of the group stage as Whitwick won the match 1-0 to claim the trophy and secure their place at the Level 3 competition also being hosted at Ivanhoe FC next Monday.

Donisthorpe were awarded the spirit of the games prize for the event as they showed exceptional teamwork and determination throughout the competition but it could have gone to a number of schools who all encapsulated the school games values.

The event would not have been possible without the support of Ivanhoe Football Club who hosted the competition and Ivanhoe College who provided excellent young leaders who officiated the matches. The positive atmosphere across the event was also helped by the attitude and behavior of the staff and spectators who attended – a big thank you to everyone who was there who made it such an enjoyable evening.