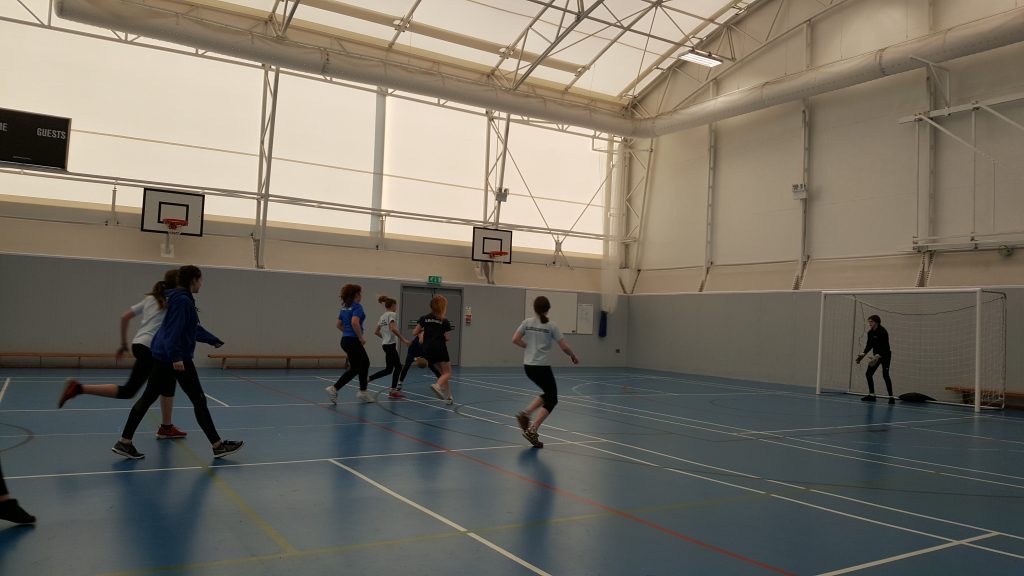 On the 23rd March 2017, boys and girls teams from Ivanhoe and Newbridge attended the annual NWLSSP KS3 Handball competition at Newbridge High School. As always, the standard of competition, skill and sportsmanship was high from all involved. The nearest handball club is in Nottingham and for many of the players this is the first time that they will have competed in the sport.

The event began with chief referee Brian Rushe highlighting some basic rules of the game. The competition consisted of two girls and two boys matches with the overall winner being presented with this years handball trophy.

First up was the boys teams and after an unsure start they soon found their feet and the match started to heat up. Featuring some very slick passages of play and some very committed blocks the game finished in a 2-2 draw.

Game two, between the girls ended with thrilling 5-3 win for Ivanhoe. The game featured a master class in dribbling and shooting from both teams with a special mention to both goalkeepers who produced some excellent saves to keep the score down.

Game three was between the boys again, this started at a rapid pace with both teams displaying impressive passing and defensive skills. The teams were level in the early stages until a series of quick goals from both sides saw Ivanhoe take the lead finishing with the final score 4-2 to Ivanhoe (6-4 overall)

Game four. After a strong display from Ivanhoe in the first game Newbridge came out determined to fight back and that was exactly what they did. Over the course of the match they took the lead and managed to keep it, this was down to some outstanding defensive work. Following the final whistle both teams desired extra time in a bid to separate the teams. Following an intense 4 minutes of golden goal, extra time that featured numerous clear cut chances it was Ivanhoe that hit the back of the net to claim victory. Final score 7-6 to Ivanhoe.

Well done to both schools and we will look forward to next year.