Leicestershire’s junior badminton players have recently completed their most successful season ever, with teams at all 4 junior age groups reaching the Finals of the annual Shires League. This is the most prestigious team event in the junior competition calendar. This league sees counties from all over the UK field teams of four boys and four girls at U12, U14, U16 and U18 who then compete throughout the year in regional groups with the top 8 counties contesting Finals Day at the Stoke Mandeville Stadium in Aylesbury, Buckinghamshire.

From each team there was a great representation from North West Leicestershire (NWL) pupils with 14 players from the district playing in the finals days. The team members from NWL were: 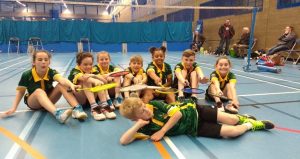 Here’s a run through of what happened on the finals days:

With Finals Day for each age group being held throughout May, the U18 team finished the season in 8th place while the U12 youngsters, some of whom are as young as 9, improved on this to end the season in 7th place. Having faced a very tough group round which saw losses against top teams Yorkshire and Warwickshire, the U16 team did fantastically well on their Finals Day to improve their overall finish from 10th place to 6th

With just the U14 team to play their Finals, hopes were high that they could finish even higher, having been 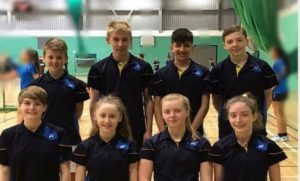 unbeaten throughout the season and lying in 3rd place in the League table going into the last day’s play. They beat Cheshire 15-5 in Round 1 before winning a very close rubber against Hampshire which saw the teams tied 10-10 on games won, with Leicestershire going through to the last round by just 2 points! With just Yorkshire left to face, the team repeated their group stage 13-7 victory of earlier in the season, this time winning 12-8 to take the title for the 2016/17 season – a truly historic win as this is the first time a Leicestershire team at any group has lifted the Shires League title!

Congratulations to all the players! 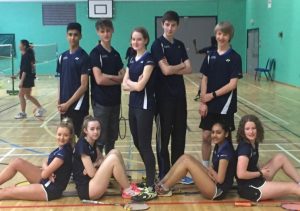 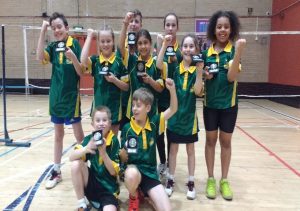