After our KS3 Dodgeball event, next up was KS3 Basketball and first up was the boys turn. Boys from Castle Rock, Ivanhoe, Ibstock and Newbridge were all competing to win the competition and progress to the county level competition. 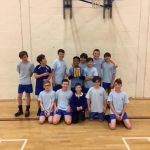 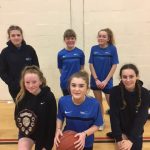